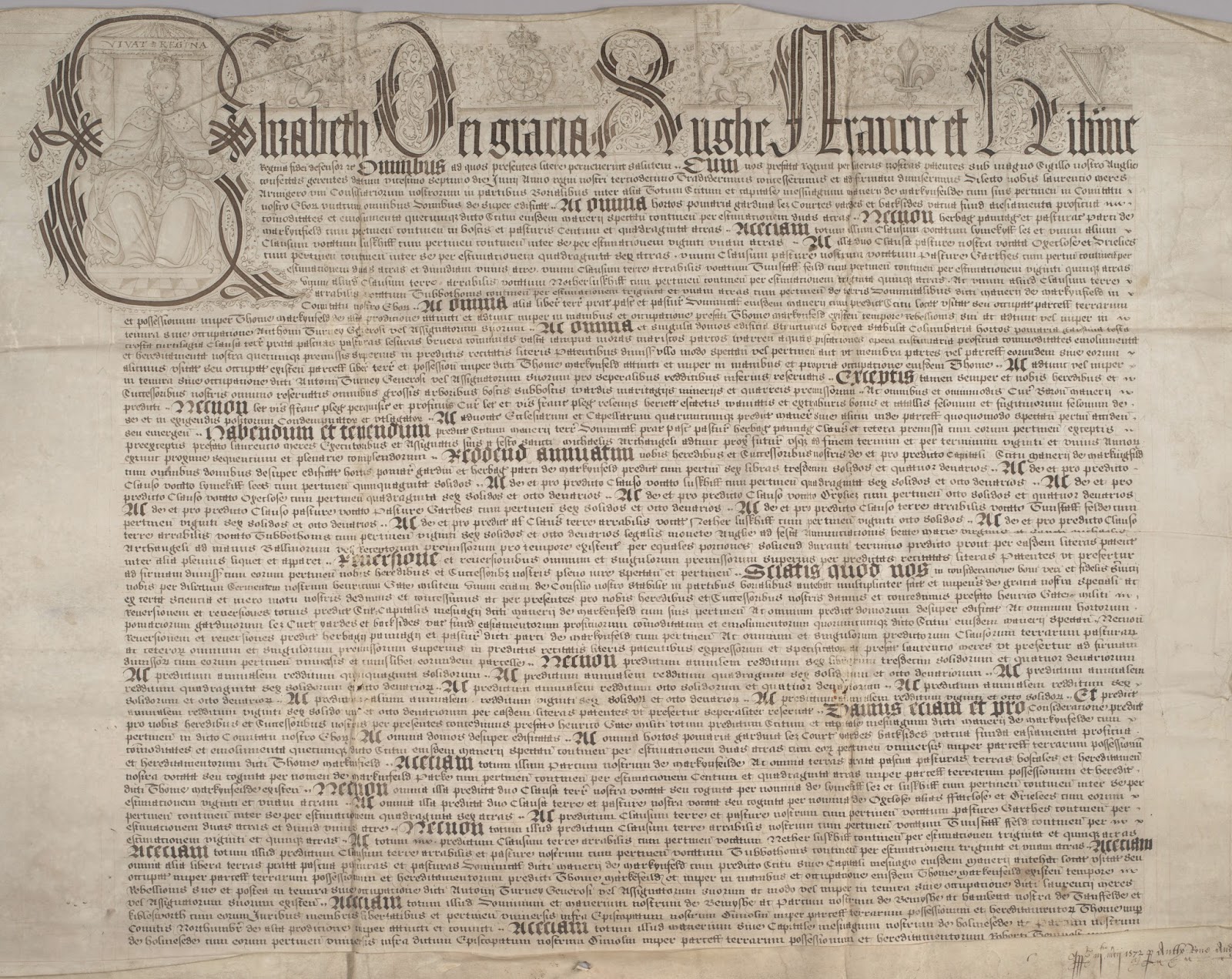 "A Mr Johnson of Ripon removed from Markenfield 79 boxes of evidence, 1 little coffer and 2 littell bagges by commission (and to deliver) the same into the Exchequer"
circa. 1601

Markenfield is a house of may mysteries, but perhaps the most prevailing - and most vital in its history - is the mystery of the 79 boxes.

Much of the history of the Hall pre-Norton & Grantley is unknown - and that is largely due to the lack of archival evidence. A lot of the history has been pieced together using the history books and references made to the Markenfield family that can be found in other archives and historical sources. What the Hall lacks however is its own primary evidence - the day to day papers, logs, maps and books that would have related to the daily business of the house and family.

It is believed that all the paperwork pertaining to the Hall was confiscated - along with the Hall - in 1569; after The Rising of the North and the failed attempt to put Mary Queen of Scots on the throne.

It has long been known that the mediaeval archive was missing - and it has long been believed that the papers had been mixed up with the Bridgewater archive and gone unnoticed and uncatalogued within a much larger collection.

That belief has now changed.

The Friends of Markenfield Archive and Study Groups have been undertaking independent research in to "the missing years" - the years between the confiscation by the Crown for treason and the purchase of the Hall by Fletcher Norton (1st Baron Grantley).

Contrary to popular belief, the Earls of Bridgewater never owned Markenfield Hall. Further details in to this ownership will be revealed at The Friends' AGM in April - let's just say that the history books have been well and truly re-written!

Back to the boxes... it is now thought that the boxes may be held in the National Archive at Kew. Judith Smeaton, head of the Archive group, is hoping that they will be found there and that finally the true history of the Hall can be revealed.